Home disease 52 years ago, it was discovered that cigarette is major cause of...
Facebook
Twitter
Pinterest
WhatsApp
It was 62 years ago that day on June 27, 1957. The UK’s Medical Research Council had told the whole world today that lung cancer is due to cigarette. About 12 crores of people drink cigarettes, bidi and hukkas in India. 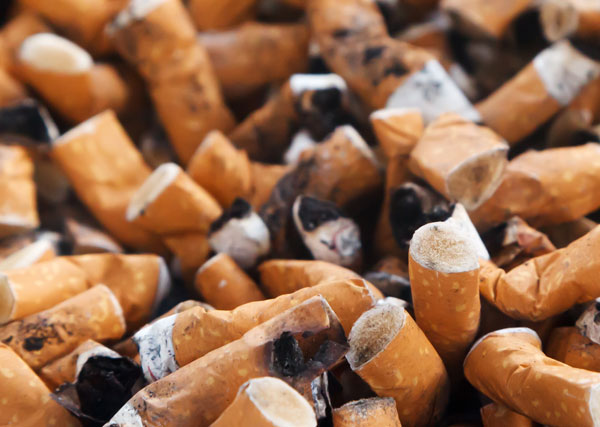 By making a ring of cigarette smoke, lifting the collar slightly up. the youth of today seems more motivated. They know that drinking cigarettes causes lung cancer, but there are few people who quit cigarettes. This cigarette is responsible for lung cancer. It was 62 years ago that day on June 27, 1957. The UK’s Medical Research Council had told the whole world today that lung cancer is due to cigarette. About 12 crore people drink cigarettes, bidi and hookah in India.
The British Medical Research Council had disclosed about 25 years of study that cigarette smoking causes lung cancer. The cigarette companies at that time also strongly opposed it. It was said that it is a matter of thinking of all. On June 27, 1957, the Parliamentary Secretary of the British Health Ministry von Morgan presented this report in front of the British Parliament. After this, a government campaign was started to gradually tell people about the losses caused to the cigarette.
Today every year about 1.5 million cancer cases are reported in India. More than half of these tend to be cancerous. There can be many causes of cancer, but most of the deaths are due to the use of cigarettes and tobacco products. Considering the recent report of Cancer India, about 2500 people die every day from tobacco cancer in India. In 2018 only about 3,71,302 people died from cancer caused by tobacco (cigarette and other products).
Cancer is the second most common cause of death in India
After heart diseases in the country, cancer is the second most important reason for people’s death. At present, there are about 100 types of cancers, which can occur in any part of the body. Of these, 14 types of cancer are due to cigarettes and tobacco products. Breast, oral and lungs are the most cancer deaths in cancer deaths. These are responsible for 47.2% of all deaths of all four cancer deaths. According to the report of Lancet, in India, there was an increase of 112 percent in cases of cancer from 1990 to 2016. Smoking was prohibited in public areas on October 2, 2008.
43.57 lakh cases of cancer have emerged from 2015 to 2018
Know in which part of the country the cancer has spread.
North-eastern states: The highest number of cancer patients are found in the north-eastern states of the country. The highest incidence of cancer is oral and stomach. The reason for this is smoking and kitchen burners.
West Bengal: In West Bengal there is lung, bladder and bile cancer. The biggest reason is pollution in air and water.
Southern and coastal India: In the southern and coastal states of India, most stomach cancers occur. The biggest reason for this is that more spices and salt are needed in the food.
Goa: Most Cologne Cancer The biggest cause is smoking, red meat and alcohol.
Gujarat-Rajasthan: Head and throat cancer the biggest cause is tobacco, cigarettes, bidi and pan masala.
Punjab: The highest rate of cancer rate of all types. There are also kidneys, bladder and breast cancer. The biggest cause is pollution, insecticides and toxic substances in food.
Gangetic plains (UP, Bihar, West Bengal) have gall blot, head and throat cancer. The reason is polluted water, meat, tobacco and smoking.
Madhya Pradesh: The most oral cancer Reasons – Tobacco and Pan masala

Due to the lack of memory and allergic reactions in children from junk foods facts like pizzas, burgers, know the reason

7 Ways to Live a Healthy LifeStyle

These beauty tips will bring brightness on the face, boys will also adopt /...

Benefits of millet and medicinal properties